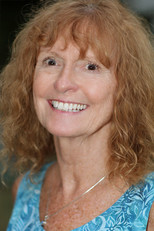 Jean Healy
As one of the founding members of the Cane Creek Cloggers in 1980, Jean Healy has been involved in much of the choreography. She also met her husband when he joined the group later in 1980. He professes to be "unclogged" and is no longer a member of the team. Jean first saw clogging on a family vacation at Fontana Village when she was around 13 years old. She was a math teacher at Orange High School in Hillsborough, NC for 27.5 years and retired in January, 2008. She hopes that, in retirement, she will be able to spend more time with her 2 daughters and 3 granddaughters. Aside from her love of dancing and teaching, she has many other interests: camping, scuba diving, and traveling are just a few of them.​ 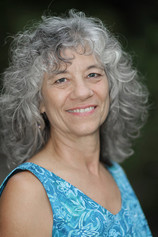 Diana Montgomery
Diana Montgomery has been dancing with the Cane Creek Cloggers since 1980 when the team first began. Her love for traditional dance grew after joining a community square dancing group in high school. Diana's introduction to clogging came later via her sister, Linda (a former Cane Creek Clogger) who taught Diana "the basic" on top of a picnic table in an Eastern NC campground. Diana lives, loves and laughs with her husband (and favorite fiddler) Rob on the banks of the Eno River. Favorite hobbies are biking (especially with her son, Nick), kayaking, and gardening. Diana's profession is in the field of education. Formerly a high school biology teacher, Diana now works with a national, non-profit center focused on teacher leadership, research, and policy. 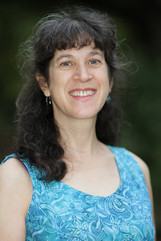 Ruth Pershing
Ruth has long been active in traditional music and dance circles, performing with Cane Creek since 1985, and with the Mountain Laurel Cloggers in Connecticut before that. She also regularly calling contras, squares and community dances, and helps organize the family dance series in Chapel Hill. She has taught clogging and led dances at Berea (KY), Brasstown (NC), Ashokan (NY) Pinewoods (MA), Wannadance (WA), Mendocino (CA), Merlefest (NC), Moosejaw (MN), and Hindman (KY). She studied buck dance with bluesman John Dee Holeman of Durham (NC), and worked with Mike Seeger to co-produce Talking Feet, a video-documentary on southern step dance. She has also worked with traditional music and dance in event production, archiving, and radio, having hosted Back Porch Music on WUNC-FM for a few years. The other hats she wears are as a middle school math and science teacher and as mom to her own three tap-dancing, fiddle-playing children in Chapel Hill, NC. 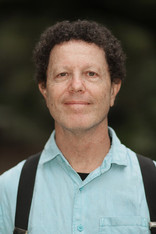 Jim Kirkpatrick
Jim has been a member of the cloggers for over 20 years. He started his adult dance career with English and Scottish dancing, then contra dancing and has dabbled in swing,tango, Ziedeco, and Cajun. He first learned to clog at the old train staition in Carrboro back in the early 1980's. Several years later he decided to try out for the Cloggers and has been doing it ever since. He and his wife, Ruth, have 3 sons who all like to dance, especially percussive dance. The rest of the time he builds custom furniture and cabinets in his shop near Chapel Hill. 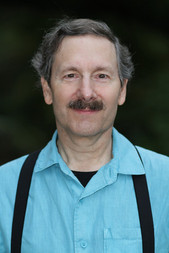 Daryl Junk
Daryl has the distinction of being the oldest member on the team. He had never clogged before joining the team after seeing them perform in September 2005. It looked like so much fun that he joined in the start of 2006. There were no cloggers in the cornfields around the town in Illinois where he grew up, and he was much too shy to even think of dancing in public. He always had an interest in music and eventually dabbled in Scottish folk dancing and contra dancing a few years before getting turned on to clogging. A former cartoonist for his college newspaper, he leads a quiet life disguised as a computer programmer, but enjoys lettering wedding certificates and doing other calligraphy projects when he can. His previous claim to fame consists of having traveled around Europe for a month giving concerts with the School Band of America the summer he graduated from high school. 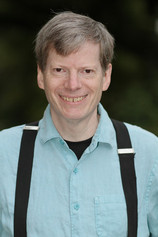 Bill Barnett
Bill Barnett has been dancing with the Cane Creek Cloggers since January, 2006. He has thoroughly enjoyed dancing with and learning from the more experienced team members. When not clogging, Bill is a software engineer for Microsoft, a father of three grown children, enjoys music and movies of many varieties, and is a huge fan of the Green Bay Packers. 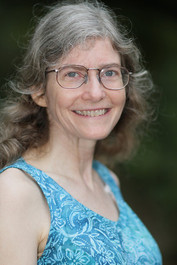 Ivy Goodman
Ivy is a wonderful dancer and quite literally the nicest, kindest, sweetest, most loving person you will ever meet.

Elyse Keefe
Elyse joined the Cane Creek Cloggers in 2012, having never clogged before, but always enjoying Appalachian music and dance in and around her hometown of Weaverville, NC. Her love for clogging came in a roundabout way while she was living in northwestern Spain where she took up Galician folk dancing. She decided upon her return to North Carolina to learn the traditional dance she had always admired from afar. A social science researcher in Durham and Carrborite, Elyse also enjoys biking, traveling, learning languages, quilting, live music and dance of all types.
​ 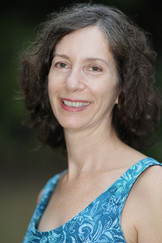 Cesanne Berry
Percussive dance is a totally new dance experience for Cesanne, who enjoys the challenge of perfecting the sounds and the rhythm in her feet! Cesanne had a best friend who learned to clog while a graduate student at UNC and it looked like so much fun that she vowed to learn how one day. Well, three decades later she finally did! Being part of a performing group that spans the generations from twenty somethings to sixty somethings is quite the treat! An early childhood administrator and teacher, Cesanne will sometimes be found clogging during a mid-morning break - - a practice that bridges these two worlds in interesting ways. Life is good when you're dancing....especially to old-time, traditional music! 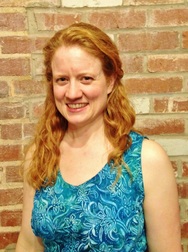 Wendy joined the team in January 2014.  Old time music was a part of her upbringing on a peach farm in rural NC, but she only observed clogging from afar.  Finally, in her 20’s, she was able to take clogging lessons at Pittsboro community college.  After taking a break from dancing to start a family, Wendy was thrilled to discover Cane Creek Cloggers when the youngest of her 4 children was 4 years-old and more easily left at home during weekly practice. She can’t stop smiling while clogging to toe-tapping fiddle tunes!  As a full-time mom, part-time dancer, Wendy hasn’t decided if her break from her career in Biostatistics is just a sabbatical or actually retirement. 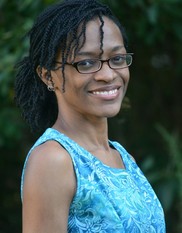 ​Tampa learned to flatfoot and buck dance from her grandmother while growing up in the outskirts of Mebane, N.C.  She didn’t know much about precision clogging, however, until she took free classes from the Cane Creek Cloggers in the fall of 2013. In 2014, she officially joined the troupe and considers herself lucky to perform the lively dance style with such an amazing group of people. She currently manages youth services at a public library, and in her free time she enjoys dancing, playing clawhammer style banjo, exploring music of all kinds, and “making stuff.”
Arwen Helms
Arwen joined the team in the fall of 2017. She’s currently the youngest member of the team and attends Carrboro High School. Arwen started clogging after watching her mom, Wendy, dance at festivals. She spends her free time dancing, singing, volunteering, and helping out with her two younger sisters. Arwen also enjoys reading and painting her nails.
Luigi Troiani
Luigi joined the Cane Creek Cloggers in November 2017 with no clogging experience or dance background. He had seen the CCC perform many times and always wanted to learn what they were doing because they were having so much fun. Luigi works in the medical field and enjoys the theater, both as a spectator and being cast in local productions.
Paula McKinzie
Paula cherishes memories of flatfooting and banjo music heard nightly across the yard of her childhood home in rural Granville County. While she never learned clogging as a child, she idolized cloggers often seen at the NC State Fair and other community festivals. In 2018, she pursued and gleefully joined the group in hopes to reclaim this imperative heritage that had been part of the fabric of her young life. She spends her un-clogged time with her husband, daughter and many furry babies on her small farm in Orange county. She also enjoys her work as a nurse practitioner at Duke, canning, baking and gardening.​
Tiffany Breger
​Zack MacHardy